Minas Gerais: Just around the corner from São Paulo

Before I became more familiar with Brazil I didn’t even know that Minas Gerais existed. To be honest my knowledge of Brazil, like most unknowing gringos I’m sure, was pretty much limited to Rio, São Paulo, Salvador, the Amazon and the cataratas (waterfalls) at Foz do Iguaçu.

However, the more people I spoke to about Minas the more I liked the sound of it, especially as many of those same people also said that it was their favourite Brazilian state.

Intrigued and with a free week to kill, my wife and I decided to visit. The following is what we discovered.

Minas Gerais literally means ‘General Mines’ – the reason for this will become clearer below.

When you look at a map of Brazil the states of Minas Gerais and São Paulo look quite close – well, they’re next door after all. 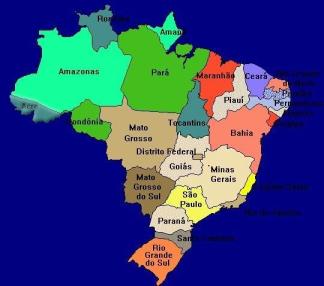 However, let’s put this into context. Brazil is BLOODY MASSIVE.

The state of São Paulo ALONE is bigger than the United Kingdom. As such, the bus we took from the city of São Paulo to the capital of Minas – Belo Horizonte – took 8 hours. That’s a distance of about 580km and so it’s basically like driving from London to Glasgow.

That’s how close your neighbouring states in Brazil are (i.e. not very). END_OF_DOCUMENT_TOKEN_TO_BE_REPLACED