Ok, something a little different this week as today’s blog is a guest post by Lidi Albuquerque. Lidi is a Paulistano and translator who currently lives in New York, and having read my blog she invited me to take a look at her post about visiting Sampa after a two year absence. I think you’ll see that she shares many of the frustrations and affections about SP that I’ve often written about myself.

Anyway, without further ado, enjoy…(The original copy in Portuguese can be found at the bottom of the page). 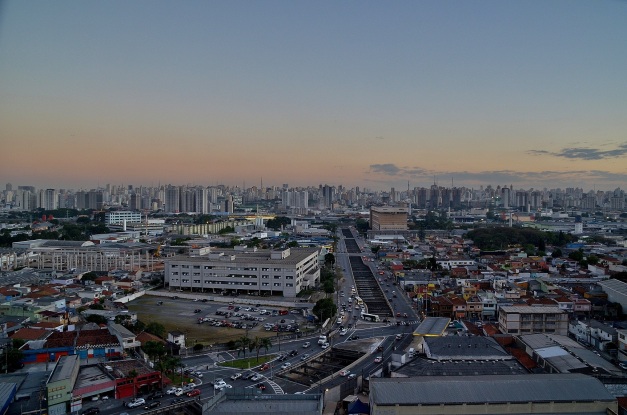 Ticket in hand, bags packed… expectation and anxiety added to my luggage; everything is ready. Here I go, back to Brazil after two years of absence. When the plane begins to unveil my immense São Paulo, a smile starts to form and that “it’s good to be home” feeling starts to grow; a feeling that many exiles know so well. Even though I’ve lived in the US for eight years, five of them in New York, Brazil still is home to me. END_OF_DOCUMENT_TOKEN_TO_BE_REPLACED

How not to be an ‘expat’

Gringoes is a website which provides a space for foreigners to comment on life in Brazil. Whilst many go there with honest intentions – certainly more so on the Facebook page – I think it’s fair to say that the site has developed somewhat of a reputation for providing foreigners with a forum in which to projectile-vomit expat bile.

Hyperbole perhaps? Maybe, although I suggest you view a forum posting from February in which someone catalogued 66 reasons why they hate living in Brazil. Fair enough, it was posted in the section called ‘Vent your frustrations’. However, its ferocity (and banality) prompted many impassioned responses (both for and against) and the thread currently stands at a length of 44 pages.

Mark Hillary, a British writer and blogger based in Brazil, responded by writing an article for the Huffington Post (and a few months later self-published a book with the same theme), in which he provided a more-balanced account of what it’s like to be a foreigner in Brazil. In it he also pondered why expats, particularly those who espouse a ‘hatred bordering on obsession’, continue to put themselves through the apparent misery of living abroad.

END_OF_DOCUMENT_TOKEN_TO_BE_REPLACED

Beware the dangers of visiting home

A few weeks ago, as the sun dipped beyond Embankment and shadows crept across the Thames, my wife and I strolled down the South Bank and across Waterloo Bridge, as we had done almost exactly five years before on her first ever day in London.

Back in 2008 the walk was part of a cunning plan I had devised, a plan whose primary objective was that she’d be seduced by London – the clincher being the views from the bridge of Westminster to the south and St Paul’s to the east. Seemingly, said plan worked because within a year she had moved there permanently.

Yet, skip forward five years and it was I who was now the besotted, gawking tourist – not with my wife, mind, but the views of London (it’s ok she probably isn’t reading). Initially I was taken aback by the sight, somewhere in the distance over by London Bridge, of the latest phallic addition to the city’s skyline – a now fully erect Shard. But, it was also as if, having spent 18 months away from home, that I was seeing the beauty of London afresh with new eyes – just as my wife had five years earlier.

At that moment, I couldn’t think of anywhere else I’d rather be on such a beautiful, (mildly) warm summer’s evening than London. It was good to be home.

Mine is bigger than yours.