Why Brazil needs to start loving itself a bit more

Following my post about ‘expats’ in Brazil, I stumbled across an article in which its Brazilian author uses the metaphor, ‘You don’t walk into a house and say the couch is ugly, do you?’, to infer that foreigners should never criticise other countries, including Brazil.

I’ve no doubt that I myself would also be offended if you, my dear reader, visited my house and told me yours is superior because: my furniture is cheap, my choice of decoration garish, the dinner I cooked you disgusting or the living conditions inhumane because the toilet doesn’t flush properly.

Back in the real world, it’s similarly understandable why Brazilians take offence to foreigners posting lists full of vitriolic and banal reasons why they hate living in Brazil. I’m sure most of you would be a little peeved if a foreigner wrote something as insensitive about your country. 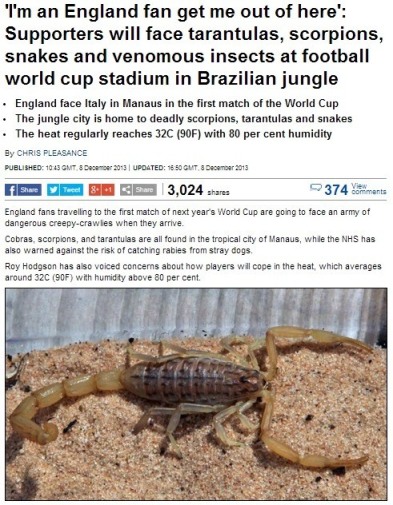 And, despite being a foreigner myself, I too have become rather tired of some of the sensationalised dross that has been written about Brazil in the foreign (UK) media. END_OF_DOCUMENT_TOKEN_TO_BE_REPLACED

Two things happened on Tuesday (18th) that made me think a bit about my status here in Brazil. Firstly, it was International Migrants Day, a UN ‘celebration’ which member states and NGOs are encouraged to observe through:

…the dissemination of information on the human rights and fundamental freedoms of migrants, and through the sharing of experiences and the design of actions to ensure their protection.

Secondly, with a grand total of four votes (including one each from my wife and sister-in-law), my blog was deemed worthy of an “honourable mention” on an expat blog website.

What interests me are the different connotations the words ‘(im)migrant’ and ‘expat’ have in terms of immigration. This has been something that has bothered me for a while, not only because I’m living outside the UK, but also because the issue of migration has dominated most of my adult life – both professionally and personally. For example, apart from seeing my wife be subjected to ridiculously strict immigration controls in the UK, you may also be aware that prior to moving to Brazil I worked with asylum-seekers and refugees as a social worker. END_OF_DOCUMENT_TOKEN_TO_BE_REPLACED